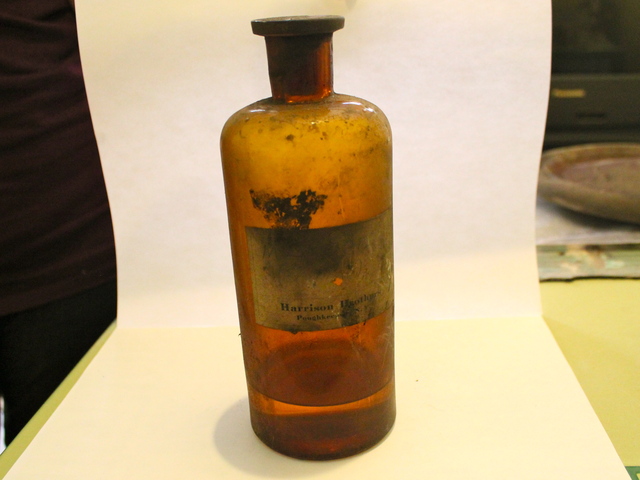 fireplaces. Many times these fireplaces are covered and boarded up and remain that way for centuries and even decades. Over the years Museums and individuals have purchased these older homes and buildings and have begun to uncover artifacts that have been left and buried in the old fireplaces. The Tenement Museum located in the Lower East Side of Manhattan purchased a building that was built in 1863 and conducted at least two excavations of the building. Once they removed the boards of the fireplaces they found crumpled checks, antique cosmetics containers, and two decrepit doll heads.  These artifacts have allowed the museum to piece together the history of the building. The crumpled check allowed the museum to map out where the main bank was located during that time period, who may have owned the building and what the property was used for. Another excavation uncovered a bottle of musk crystals, a half filled bottle of musk oil, and a nearly empty bottle of nail polish. These artifacts led the museum to believe that cosmetics and perfumes could have possibly been sold in this building in 1863. After research the museum was able to piece together the full story. The lower level of the building was used as a store front and also was used as housing on the upper levels of the building for immigrants. In 1863 the Lower East Side of Manhattan was the place immigrants started a new life, worked, and set up businesses. The building was used until 1934 and was left abandoned until the late 1980’s when the building was purchased by the museum. It would be interesting to know what other artifacts could be uncovered in other older buildings and fireplaces around the country and even right here in Indiana.