At least once a week – maybe more – you likely do laundry. After you wash your clothes, you throw them into the dryer – probably without too much thought about it. But did you know clothes dryers cause about 2,900 fires each year in residential buildings? According to the National Fire Incident Reporting System (NFIRS), lint is a leading cause of combustion, accounting for 28% of all residential dryer fires. 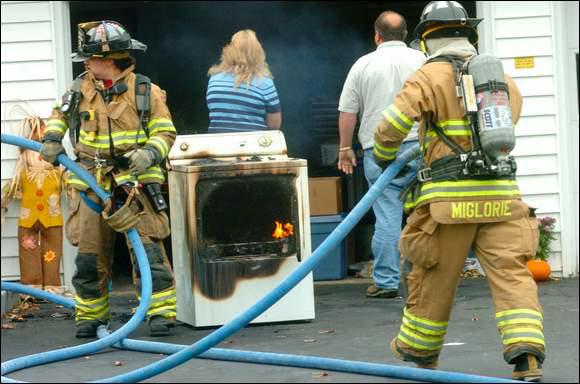 Lint is made up of small fibers from clothes and other debris found on or in your clothes. It’s created as your clothes tumble in the dryer’s drum. While much of it collects in the dryer’s lint filter, some of it can become trapped inside your dryer and the rest is carried on the moist air through the vent system, where it sticks and accumulates.

How Can Lint Cause Fires?
Lint is a highly combustible material. It can collect on the electrical wiring inside and outside of your dryer. If a spark occurs due to wiring issues, lint can fuel this spark, leading to a fire. Also, since lint can build up on your dryer’s heating element and in the vent system, it can cause your dryer to overheat due to overwork. A spark can then occur, igniting any lint present.

What Can You Do to Prevent a Lint Fire from Occurring?

There are several steps you can take to protect your home from a dryer lint fire: