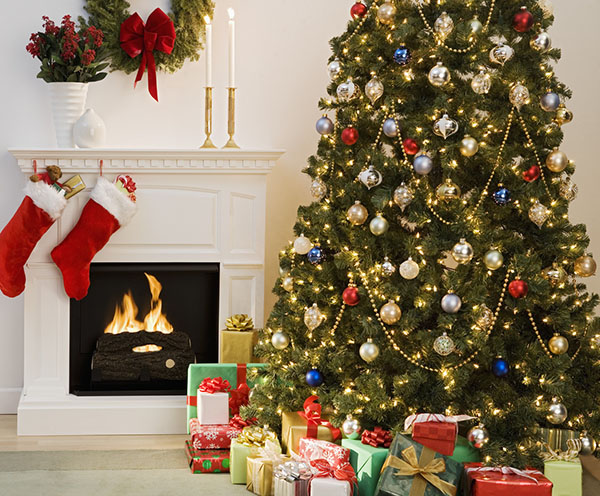 Each Christmas, the question many children around the world have this: “How exactly does Santa Claus get down the chimney?” After all, the chimney flue isn’t that big, and Santa Claus is a plump, old fellow. Plus his bag of toys is pretty big, too.

It’s a perplexing question, and one that many parents may struggle to answer. However, here are 3 theories to help explain how Santa Claus accomplishes such a feat:

Santa Claus has perfected the art of miniaturization or the ability to make himself small. And the milk and cookies that children leave for him help him do just that. Santa adds a special potion to the milk that causes him to shrink in size, so he can go up and down the chimney. He carries a thermos that he can refill with milk at each house, so he always has milk with him while he’s on each house’s rooftop. Then when he wants to return to normal size, he shakes magic sprinkles on the cookies children leave for him and eats them to grow big. This process is similar to the “drink me” potion and “eat me” cake that Alice uses in Wonderland to make herself small and big.

Santa Claus uses the science of contraction and expansion. To visualize this concept, try this experiment with your children. Gather a saucepan, water, some small-to-medium-sized eggs, a glass milk or juice bottle and matches. Fill the saucepan with water and boil the eggs for 8 to 10 minutes. Let the eggs cool and peel off the shell. Light a match and drop it into the bottle. Quickly, place the egg on the mouth of the bottle. Watch what happens. As you see in this video, it’s a good thing that Santa’s not an egg, but the concept is similar. Besides Santa has his fluffy red suit to provide some padding and his sturdy boots to help break his fall.

The most popular theory of all is that Santa Claus has magical abilities. After all, in the poem, “‘Twas the Night Before Christmas” by Clement Clarke Moore, all Santa has to do to go up the chimney is to lay his finger aside of his nose and give a nod – and up the chimney he goes. If that’s not magic, I don’t know what is.

Whatever theory you believe to explain how Santa Claus goes up and down the chimney, make sure his journey is easier by having your chimney professionally cleaned by T.J.’s Chimney Service. Our professionals will inspect your chimney to ensure it’s operating properly and remove all of the ashes, soot and creosote. Help keep Santa’s suit cleaner this Christmas by calling T.J.’s Chimney Service at 317-455-5310. I’m sure Santa will thank you.