Movies can be considered a hobby of sorts. Movies are what we turn to remember the good ole days, to entertain us, and to experience 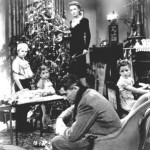 another world. There is so much packed into each movie that we sometimes fail to see what’s in the background. After some research I found an article that lists eight fireplace mantels from eight classical films that helped set the stage and helped create a homey feel. One classic film that I am sure we have all seen is It’s A Wonderful Life. The mantel and fireplace were frequently seen in this film. It helped create a warm environment and was a representation of home. Citizen Kane is another classical film that is not as well-known but is full of symbolism and content. In Citizen Kane the fireplace represents Kane’s loneliness and consequence of control. Like It’s A Wonderful Life the fireplace and mantel aided in creating the type of environment that this film called for.  Other films include Star Wars, Attack of the Clones, The Birds, Young Frankenstein, and Meet The Parents.  One of the most classic and popular movies is Titanic. There are several scenes throughout the movie where a roaring fire is burning in the background. It is in front of a fireplace where we see the romance between two young lovers continue to grow and at the end when there is no hope left for the ship. In both scenes the fireplace added to the scene by creating an intimate environment and a little peacefulness to a desolate ending. The list of films is very interesting but I would like to add my own film selection to the mix. Scrooge is also a film where the fireplace was frequently shown and helped create a cherry and celebratory feel to the character home, or helped create a sad and cold feel no matter how bright the flames were.